Beware of the Second Scramble – Mkapa

Former Tanzanian president Benjamin William Mkapa has warned African leaders to be worry of the ‘second scramble of Africa’ being orchestrated by erstwhile colonisers who are resorting to soft power to tactfully achieve their economic ends.

Delivering a lecture at the Zimbabwe Defence College in Harare last week, Mkapa bemoaned the continent’s arduous elusive quest for prosperity envisaged during their struggles for political independence. 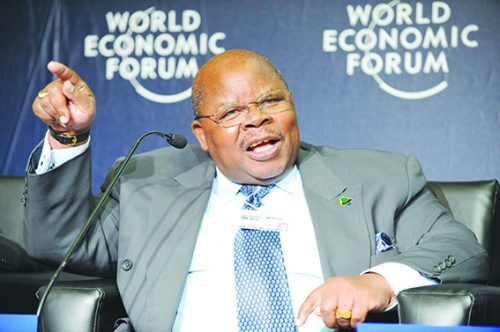 “The fact of the matter is that Africa is passing through one of the most challenging and trying times in its history. After the ‘cartographic mischief’ of 1884 in Berlin where we were balkanised into colonies for the sole purpose of serving as raw materials providers to colonial masters, we are now in what others would call the ‘second scramble for Africa’ where we again find ourselves at the epicentre of global resource wars,” said Mkapa.

Mkapa expressed disappointment with the fragmented state of African states, a development which he said was hindering collective economic development.

He said founding African fathers had succeeded in fighting colonialism through unprecedented coalescence of pan-Africanism which enabled them to mount a formidable liberation front against imperialism.

Recounting the reign of Tanzania’s founding President Mwalimu Julius Nyerere, Mkapa said the revolutionary leader typified a pan-African spirit hard to match. He cited Mwalimu’s resolved wish to delay the independence of his country to coincide with that of Kenya and Uganda.

“It is against this background that I thought I should invoke Mwalimu’s advocacy of Pan-Africanism and challenge Africa to rethink its political, economic and social identity in this increasingly globalised world so that we can assume our rightful identity of honour, dignity, self-development and decisive voice in the international arena,” Mkapa said drawing loud cheers from his audience comprising of military students from the SADC region.

He challenged African leaders to desist from modeling their economic blueprints similar to those of the West saying the continent has its own dynamics different from developed nations. Mkapa had no kind words for African countries quick to sign economic partnership agreements with the European Union as some of the pacts militate against the spirit of African integration, disrupt intra-Africa trade and retard development efforts meant to advance meaningful regional integration.

He said there was need for the continent to rethink corrective paradigms like Pan-Africanism in dealing with current problems as the ideology was pivotal in the fight against colonialism. Mkapa said Mwalimu was unequivocal in condemning leaders who were unwilling to carry out the struggle for Africa’s autonomy in a collective manner.

Quoting Mwalimu, he said: “A lot of our leaders, intellectuals and business people who are making money now don’t see it as wrong. Our leadership wants to be part of the global system. During our struggle for freedom, colonialism was on retreat. But globalisation is triumphant.”

It is Mkapa’s contention that African will not be able to carry out the struggle for a second liberation as long as there is no paradigmatic reorientation and clear understanding of what it means to be an African in the contemporary economic order. He said pan-Africanism is handy in dealing with the strategic reorientation of Africans as enunciated by Mwalimu Julius Nyerere.

Mkapa said Mwalimu’s achievement in Tanzania were summed by D.M Chacha in an article that appeared in the African Journal of International Affairs Vol 5, No, 1-2 of 2002 titled Julius Nyerere: The International Pan-Africanist and the Question of African Unity, in which he writes that; “Tanzania illustrates the potential for ethnic harmony in a racially diverse setting. With an estimated 120 ethnic groups, it has avoided all ethnic conflict or political appeal to linguistic units. National unity cuts across ethnic boundaries, leading to a widespread rejection of tribalism. This outcome can be attributed to former president Julius Nyerere’s integrative political efforts and his government’s promotion of Swahili as a common language.”

In analysing Mwalimu’s guiding philosophy, Mkapa insisted that the founding president of Tanzania was first and foremost a nationalist who realised that his country would not be able to exercise its independence meaningfully without first uniting all the 120 tribes. In essence, Mwalimu was first a nationalist who nevertheless like Ghana’s Kwame Nkrumah realised that the independence of Tanzania would be meaningless without the independence of other African states. In other words, Mwalimu’s nationalism was deeply rooted in pan-Africanism and the two were not mutually exclusive.

Tanzania paid an economic price during the formative years of its independence as it supported liberation movements in southern Africa that included Swapo, ANC, Zanu and Zapu.

However, Mwalimu’s vision was much broader than just Tanzania but sadly what he envisaged is yet to become a reality in a continent that is still grappling with a skewed world economic order.

In the words of Mkapa, most African countries realised after independence that they had to deal with an inherent economic order that favoured the West and embarked on agitating against the neo-liberal global economic architecture and its impact on the development aspirations of the newly independent countries- the so called developing countries.

But what have been the major stumbling blocks to a pan-African united front since the attainment of independence on the continent? Mkapa believes that two notable developments have worked against pan-African aspirations for unity and derailed Africa from its development course, leaving the continent in total discomposure.

First, it was the onset of neoliberalism and its ramifications to Africa as illustrated by Professor Issa Shivji of the University of Dar es Salaam in an article titled Nyerere’s Nationalist Legacy in which he describes the effect of neoliberalism on nationalism:

“More than its economic impact, neo-liberalism in Africa was a political and ideological onslaught on nationalism. For a while, it helped to rehabilitate imperialism morally, enabling it to go on a political offensive….its policies were a frontal attack on the sovereignty and independence of African states as they lost the basic right to make their own policies. Ironically, the neoliberal period laid bare the limits of territorial nationalism and vindicated Nyerere’s pan-African ideal that without unity, Africa would not be able to defend its independence.”

The second development was the onset of globalisation where the dynamic interplay of its processes makes countries become intricately interdependent. Mkapa said trade is at the very centre of globalisation process and it’s increasingly becoming unfair and skewed in favour of technologically developed countries. He said the current arrangement was constructed to distinctively disadvantage developing nations who with rudimentary technologies are thrown at the very tip of the global value chains while developed countries amass the lions share.

“As Africans, we have not been able to organise well to deal with the disruptions brought by these two trends. There is an unquestionable gap between political ambitions and economic realities in Africa. There are as many as 14 regional trading blocs. Trade between regional blocs is as low as 10 percent to 12 percent of Africa’s total trade. Over 80 percent are shipped overseas, mainly to the EU, the US and China,” said Mkapa.

READ  Lira, the first African woman to be made Barbie

Mkapa referred to the 2013 United Nations Economic Commission for Africa (ECA) Report on International and Intra-Africa Trade which indicated that Africa sustained an infinitesimal 3.2percent share of global trade. The report states that Africa is actually under-trading with itself and could potentially realise more trade given the geographical proximity, cultural affinity and size of its economies. Regional trade would have provided opportunities for our countries to address major constraints to exports competitiveness caused by the small size of its economies and levels of technologies. This, he said would serve as the first step towards building capacity for subsequent export globally.

The former Tanzanian head of state cited the EPAs as examples of how Africa has become acquiescent to economic suicide.

“We signed EPA last year with the European Union turning ourselves again into the source of raw materials of Europe just as was the case during colonialism. One may perhaps critique this analogy with the argument that this current intercourse is consented by free people under purportedly democratic regimes in the continent, after protracted negotiations during which every party’s interest are thoroughly ‘scrutinized’. It is however mistaken to subscribe to such an idealistic narrative. The reality is that African governments were arm-twisted into glossing over some economic expediency.”

Mkapa equated the contraption of the EPAs orchestrated from Brussels as the modern day equivalent to the Berlin Conference Treaty, which parceled out Africa.

“I see that way because the common element at both the Berlin and Brussels is that Africa was not allowed latitude to conduct trade, industrial and development policies for her own development. Rather, the outcome was for the development of Europe. Sadly and very true to the spirit of divide and prevail, during EPA negotiations, African countries were divided into five regions for the purposes of negotiations, while individual countries also negotiated bilaterally.”

Mkapa concluded his address by predicting a not so gloomy African future. In his wisdom, it is the spirit of pan-Africanism as espoused by Mwalimu and his contemporaries that holds the key to our socio-economic breakthrough. He said time was not out yet for Africa to reignite the spirit that coalesced the founding African fathers to unite against colonialism in fighting for economic independence. He challenged the military cadets to remain selfless and committed to the restoration of Africa’s dignity and honour and upgrade it into prosperity.

Mkapa was the third President of Tanzania in office from 1995 to 2005. He was the chairman of the revolutionary state party, Chama Cha Mapinduzi (CCM). He was born in 1938 in Nanda near Masasi in southern Tanganyika. He graduated from Makerere University in Ugaanda in 1962 with a degree in English before obtaining a Masters in International Relations from Columbia University, United States in 1963. 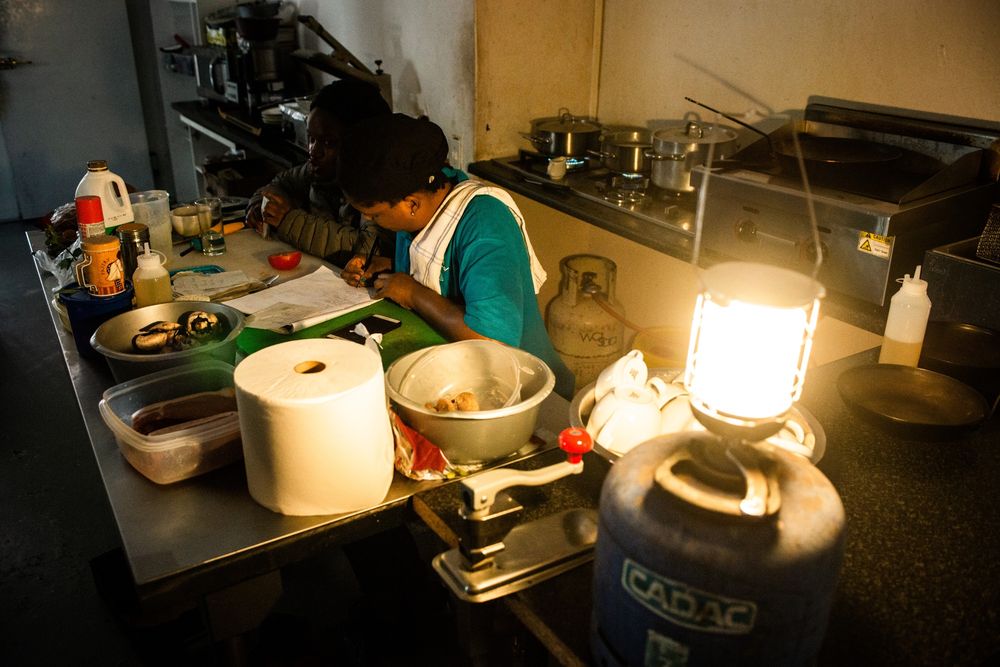 Sadc Must Invest in Power Generation

Lusaka- Countries including Zambia Bolivia, Kazakhstan, and Mongolia that are heavily reliance on non-renewable natural resources should as a matter...